On April 12, 2018, the City Planning Commission unanimously approved the Conditional Use Permit (CUP) to convert an empty warehouse at 1501 North C Street to Joshua’s House. Individual City Commissioners added comments following the vote including “This is the most noble project ever brought before us,” and “you are to be commended for addressing this significant issue.”

However, during the required waiting period for appeals, Sean Wright, the president of the Alkali & Mansion Flats Historic Neighborhood Association, filed an appeal citing “vague use” as the reason for the appeal. This meant that the CUP would go to the Sacramento City Council for review and a hearing on the appeal. The City Council met on May 15 to hear from those appealing the City Planning Commission approval and from those supporting Joshua’s House.

Marlene von Friederichs-Fitzwater, founder of Joshua’s House, and Nick Avdis from the Thomas Law Group, briefly described the proposed Joshua’s House and how it would improve the area while providing hospice and comfort care to those experiencing homelessness at the end of life in a safe, locked, secure facility.

Following remarks from those in opposition (two people) and those in support (16), the Mayor asked for a vote, but City Council members elected to make individual supportive and grateful remarks before taking a vote. At the conclusion of their comments, the Mayor and City Council voted unanimously to deny the appeal and approve the conditional use permit paving the way for the purchase of the property on June 22, 2018 and the filing of building permits to being demolition and construction. 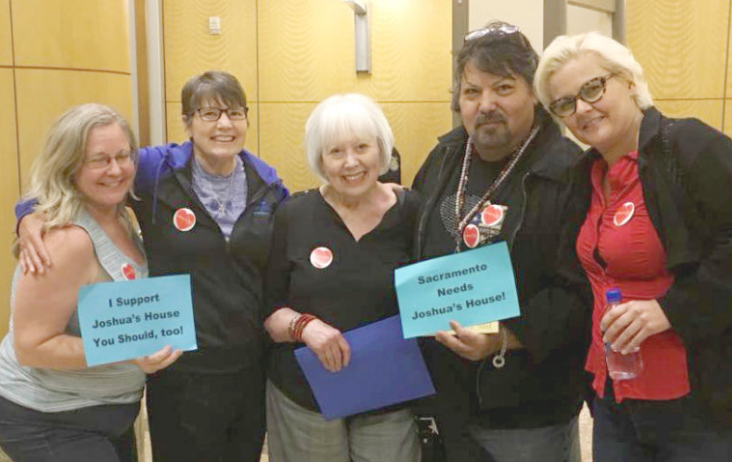